How to deal with anger 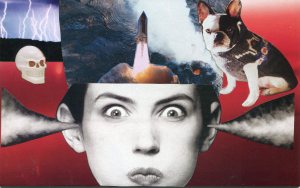 Buddhism also teaches helpful meditation techniques so we are not swept away by the force of conflicting emotions like anger. These techniques allow us to take advantage of the brief gap in the mind between impulse and action. Through the practice of mindfulness, we become aware of impulses arising and allow a space in which we can consider whether and how we want to act. We, not our emotions, are in control. –Melvin McLeod

For me, anger and a sense of injustice are a motivating force. –Chelsea Clinton, the Clinton Foundation

I want to mention the upside of anger right up front, because anger is often perceived and talked about negatively–no doubt due to its profane side, which is itself abusive. Learning the difference between sacred and profane anger can be quite difficult for anyone who, like me, has had extensive exposure to inappropriate anger.

I’ve written before about the moment I decided I was tired of being as angry as I was, and that something needed to change. With the work I’ve been doing on grounding over the past month or so, all these many years later I feel like I have finally gathered a complete set of tools to transform my relationship with anger, and so I wanted to write about the topic again.

This past week I read the Readers Write section of the July issue of The Sun magazine. The theme is Never Again. Many of the entries are heartbreaking–particularly one written by a mother who is the child of an angry parent, has now become one herself, and doesn’t know how to change. This, for me, has been the path to that change I decided absolutely had to happen. For me it has been the work of many years, but I don’t see any reason why the process couldn’t move along a bit faster! If you experience anger as a force that seems like it’s controlling you rather than the other way around, I recommend the following …

This post is illustrated with the SoulCollage card I started making in January and finished today called, So you think I have an anger problem. In January, my mood shifted before I could figure out how to make the card successful, and I ended up making a card for Courage instead.

If you’re interested in seeing a Donna Eden energy medicine practitioner yourself, here’s a directory.