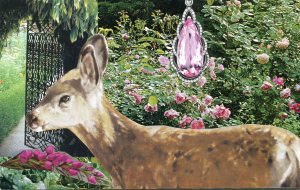 Last night, following the Ferguson grand jury’s failure to indict, there was a peaceful protest here, quite close to where I ate lunch today. The protesters started their march at police headquarters, and ended it by marching onto a major highway–and then sitting down. The police appear to have done their job well–closing the highway to ensure the safety of the protesters, and remaining calm. Eight protesters were arrested late in the evening.

Due to my news blackout, I didn’t know about the protest, but as is always the case, when something important happens, I do hear about it. Several of my lunch companions were discussing the protest–all in unfavorable terms. They felt that shutting down a highway–a highway!–was taking things a step too far.

I said, Well, it sounds peaceful–was that the case? And they admitted it was, but continued to shake their heads over the highway–the highway! I began to wonder if highways were sacred in some way I had never realized …

Then one woman said, I just don’t get it. What happened in Ferguson had nothing to do with them.

I said, Well, I get it. There’s a huge amount of fear out there, on the part of cops and other people, and black people are ending up dead because of it. That’s just not cool.

And, of course, what’s also just not cool is that over and over, it seems to be consequence-free.

“It has nothing to do with them” is something I’ve heard before from her. It seems she has not yet taken the opportunity to learn that we are all connected–that what hurts one of us hurts all of us. She doesn’t understand why, for example, someone who has no children would be concerned about a children’s issue to the point of being genuinely upset. So I wasn’t surprised to hear this again.

But from my perspective (and I’m sure I’m not alone), if you’re black, it takes about a millisecond to make the connection: Michael Brown could’ve been my son. My grandson. My brother. Or me.

And if you’re not black, it doesn’t take a great leap of imagination to realize, If I were black, Michael Brown could’ve been my son. My grandson. My brother. Or me. And … why is it again that in 2014, 151 years after the Emancipation Proclamation, the color of a person’s skin (a temporary condition, as souls have no color) continues to be so important that it can mean the difference between life and death?

For the record, any peaceful protest of injustice, hatred, loss of life, and fear is alright by me. Please, shut down a highway. Do it early, do it often. Do whatever it takes to get people’s attention.

As you go about your business in my country or any country, as you hear people expressing fear of the (supposed) other, hatred, prejudice, harsh judgment, or indifference to suffering–and they will–I hope you’ll say something. It doesn’t have to be perfect. What I said today wasn’t perfect, but I’m glad I said something anyway. I do think it helps to speak from love rather than anger. I believe it helps to say something.

Imagine if hate were always challenged. If lack of empathy were always met with compassion. If misunderstanding were always countered with thoughtfulness. If those labeled “other” were always relabeled “one of us.”

This post is illustrated with my SoulCollage card of my throat chakra totem (a fawn), Opening the gate.

3 Comments to “Say something”